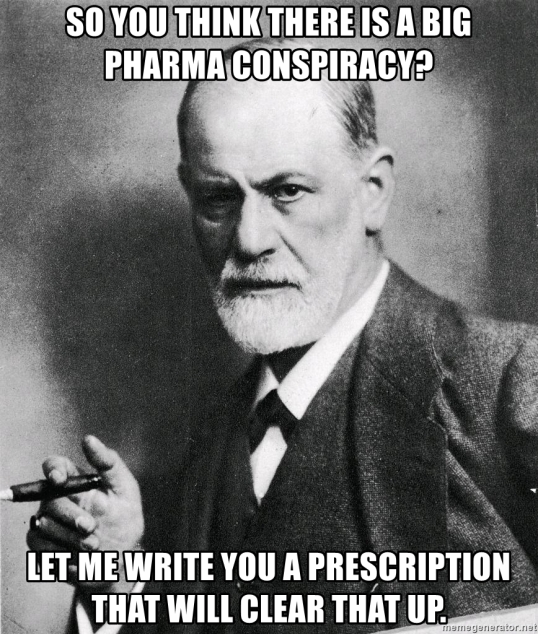 Oh, life can be funny…

I’m lying in a chair at the Scotland Cancer Treatment Center the other day receiving an IV chemo infusion listening to Spotify, watching three TVs mounted for patients to view while receiving treatment when I happened to notice that, simultaneously, all three TVs had left their scheduled programming—CNN, The Price is Right, and something not even I recognized—and entered into a commercial period for…TADA!…prescription drugs. Yep, each TV was promoting a different drug that was the latest and greatest…just go to your doctor and ask for it by name. Or maybe sing the jingle, I don’t know.

That’s right. You have to go to the doctor, and pay for that visit, then go to the pharmacy to pay to have the prescription filled and obtain the medicine. And then pray that you don’t suffer one of the dozen or so side effects—usually including death, stroke or blindness— the ones they will admit might possibly accompany your use of said miracle drug.

My question: Commercial advertising time costs a LOT, especially on a national scale. So why are these drugs being marketed to the PUBLIC instead of exclusively to the medical professionals who are better suited to know what is best for the particular ailment or patient situation? Wine and dine and cater to the trained experts, the knowledgeable few who can truly make a difference. Who is John Q. Public to know what drug is best for him because a cookout looks fun on TV?

I’ll tell you why: Because it WORKS. That’s why Big Pharma spends 30% more, on average, on Marketing than it does on Research and Development of new products. It fosters a hypochondriac-driven market of self-diagnosing “patients” lining up for their product, asking for it by name, no less, with price often being the most minor of their concerns. That, my friends, is a marketer’s dream; and you can’t fault them for being good at their game. 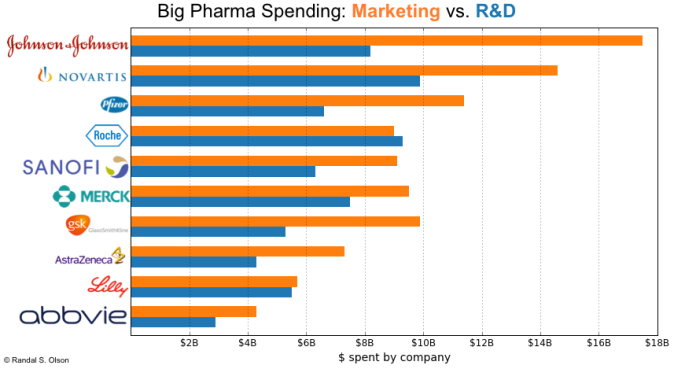 Look, I understand business and profit versus loss and recouping expenses, but I also understand keeping expenses low so prices can be. I traded grain for a time, in ¼ cent/bushel increments, so I also know how much details matter, but no matter the game, it all boils down to math. And this psycho pharma math is insane.

I don’t like to talk about finances, especially personal. But sometimes exceptions are in order. Such is the case here.

In one month, January 1–January 31, of this year, my insurance plan has been charged over $27,000 in drug costs alone—just a little less than the ANNUAL median income of most Marlboro County households, a county with a 26.7% poverty rate—primarily for three pills that cost about $7,500 and 21 pills that cost about $19,000. Excuse me, but who the Hell can pay that? 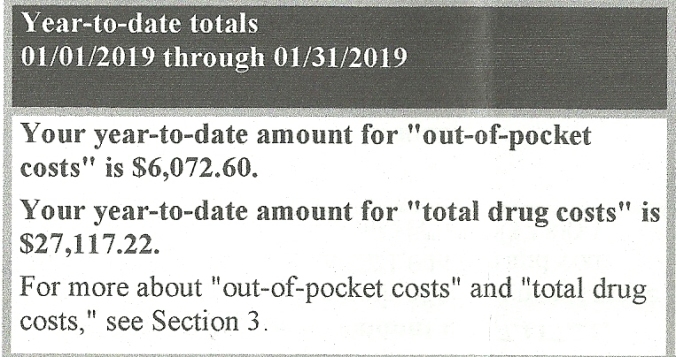 And that’s about to increase as the three-pill regimen was deemed too weak and we’ve recently upped that to a much stronger IV drip that will cost around $10,00 per month for three treatments. Oh, and don’t forget that $3,500 monthly bone fortifying injection.

Now, before I go a syllable further, this isn’t about me or money; I’m fortunate in that I have decent insurance, and I receive some grant assistance on chemotherapy drugs. Personal finances are not the issue here. The concern is that, at some point, someone has to pay these costs. And you and I both know that, at the end of the day, that person will be John and Jane Doe. You and me. In one way or another, by hook or crook. That’s par for the course; historical precedent proves it. Money talks, and the public squawks…and then pays up. Over and over.

And it’s our own damn fault. We should quit kidding ourselves; there’s really only three branches of government:

And we keep sending the two-faced folks they have in their pocket back to Washington time after time.

We need a pill to fix THAT.

That said, the poisons are finally slowly departing the brain now, so the rant appears to be nearly over….and to quote “Buddy” from a favorite old show, “Night Court”: “I’m feeling much better now.”