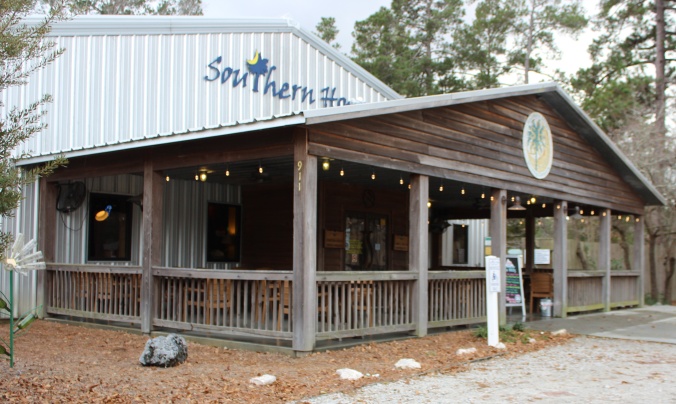 WARNING: Do NOT visit Southern Hops Brewing Company – unless, that is, you plan to visit again soon. And again. And again. It’s. Just. That. Good.

Located at 911 Sunset Acres Lane, just off Highway 76, in Florence, Southern Hops Brewing Company, or SoHo as it has come to be called, is much more than your run-of-the-mill watering hole and eatery. But what else might one expect when you take a group of people and mix pride in personal product with dedication to service, add a heaping dose of loyalty to customers, toss in a focus on innovative and unique approaches to quality drink and dining, then serve it with a commitment to providing unequaled dining and socializing opportunities to the Pee Dee community and its people, folks they know and love?

The realization of a dream for Florence residents Jimmy Deaton and Christian Gibson, two men who worked together in a local restaurant back in the late 90’s and often talked about someday having their own place, Southern Hops is more than a business. In truth, it’s a labor of love. 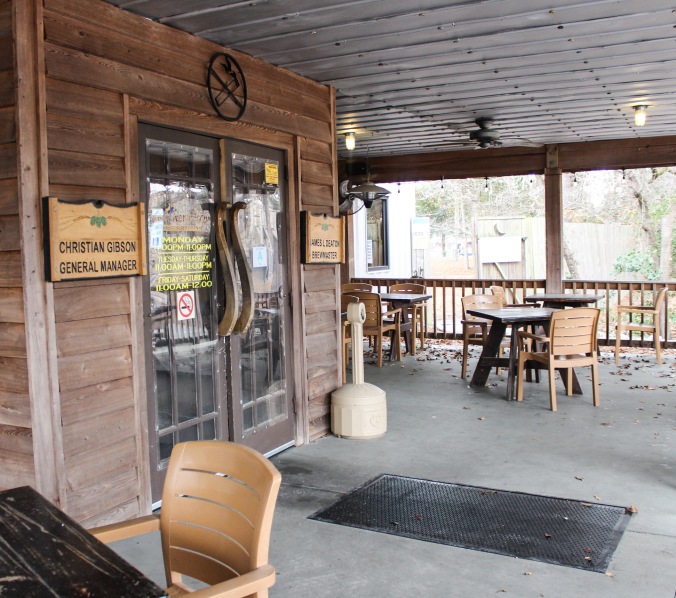 “We talked about doing something before, but it just never happened, then Christian moved away and time moved along, “ Deaton recalls. “Then around ’05-’06, Christian returned and we put together a business plan to pitch to the banks. We initially looked downtown, but we were ahead of the curve there, I think, so we looked out here, which was family land, and after a few banks said ‘No’ we found one who believed in us and we hit the the ground running.”

And that ground is obviously dear to Deaton and wife, Jolie, who assists with SoHo’s Operations and Special Events, as Southern Hops sits upon land that Deaton’s grandfather once developed into a basketball court for neighborhood kids to use, and the SoHo Beer Garden is the site of a former playground Grandpa Deaton once constructed so that community children would have a safe, centralized place to play.

Deaton and Gibson also took pains to ensure that their restaurant paid homage to their home region, re-purposing wood and tin from an old barn for use along the bar and walls, doors and glass door knobs from old Florence businesses, old street lamps from area streets, lights from old Horne’s Motor Lodge signs, even an old phone booth from downtown Florence, as well as many other pieces of local memorabilia.

It is also clean, well-lit, and – thanks in large part to the lack of ANY kitchen frying, and the voluntary institution of a No Smoking Policy from day one – only the aromas of freshly and perfectly prepared offerings greet you at the door.

“That was totally by design,” Gibson notes. “We wanted our place to be family-friendly in every way. We wanted it to be a place where parents could bring their kids and feel good about it. That was very important to us.”

And Deaton, a graduate of The American Brewers Guild of Salisbury, Vermont, promises that same sense of commitment to each Soho customer on every level.

Especially with regard to the six craft brews Southern Hops calls its own – brewed on-site, in vats visible thru large windows behind the bar – with the status and description of all identified on a production schedule chalkboard updated as each advances thru the brewing process. In addition, they also have 16 guest taps that offer other micro-brews or craft beers, as well as a wide variety of mostly domestic bottled and canned beer. Guests who prefer may also choose from a selection of wines and crafty mixed drinks.

And what better to accompany a fine beverage than a delightful dinner? SoHo steps up there also, featuring Chef John Pegues in their kitchen, a graduate of the same culinary school as internationally-renowned chef and TV personality Emeril Lagasse. Thanks to their no frying rule, they offer very interesting appetizers, such as Pee Dee Pretzel Sticks, Hand-crafted Egg Rolls, Hoppin’ Nachos, and several flavors of their popular Double-baked Wings, as well as a varied selection of soups, salads, and sandwiches, from a Philly cheesesteak, to a Po’ Boy, to a BLT. Dinner options continue with specialty and build-your-own pizzas, calzones, and burgers – all double 1/4-pound patty masterpieces. Delicious plated dishes such as Shrimp & Grits and other Southern-inspired servings are also available. And the no frying rule leads to interesting side choices as well as fries are OUT, and options such as collards, mac & cheese, vinegar slaw, or several flavors of chips are IN.

And not to overlook the little ones, SoHo designates Tuesday as “Family Day” when kids eat FREE from the Kid’s Menu with every Adult Meal purchased and, even more, has a designated area where youngsters can gather to play with others or watch age-appropriate TV and, during warm weather, provides toys for kids to play with when outdoors in the dining area/beer garden.

That’s the advantage of having a large space to work with, and SoHo is nothing if not well-suited to handle a crowd. Their bar and dining areas offer ample seating, and a corner stage has afforded them the perfect setup from which to bring live music to the Florence music scene for nine years, a tradition that continues still, with live artists performing every Friday night, and nationally-known acts booked when possible.

SoHo can easily accommodate groups ranging from simple birthday parties to large wedding receptions, or host large community functions such as the recently-completed Miracle League of Florence Oyster Roast and Silent Auction; 2018 will also mark their seventh straight year hosting the Grateful Dog Festival to benefit Pee Dee-area humane societies, an event that has featured as many as 14 bands, a motorcycle run, auctions, runs, raffles, and tie-dying. Basically, all things fun, dogs included.

Southern Hops is continually upgrading their menu, trying new items, and new events – such as Beer Dinners, pairing craft beer with an eclectic menu and exclusive seating, so it’ll pay you to “Like” them on Facebook for updates, or, better yet, stop in and give ’em a try, for dinner, a draft, or even lunch.

“We have outstanding lunch selections,” Jolie points out, noting that SoHo uses local South Carolina products such as shrimp, cage-free chicken, pork, Pee Dee honey, Carolina Plantation Rice, collards and more. “We’d love folks to stop in and give lunch a try. I think they will be very pleased.”

Southern Hops pops. Give it a shot.

Southern Hops Brewing Company is located at 911 Sunset Acres Lane in Florence and may be contacted at 843-667-1900, at http://www.southernhops.com, or on Facebook. 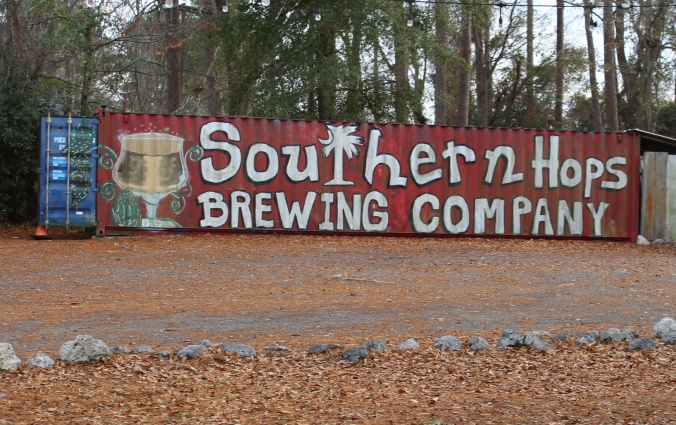