I read with great interest a couple of letters to the editor in the Herald-Advocate recently, both addressing the Confederate Soldier statue and memorial on the Courthouse Square, each diametrically opposed to the opinion of the other, and each bearing very fair, and well-reasoned points in support of their assertions.

Good job, and kudos to both writers. And the funny thing is, if you are fair and read with an open mind—as you should, they were both fundamentally correct, at least from their perspectives. “Right,” you see, is oftimes subjective—and far too often left open to the assignation of the one making the declaration.

Nevertheless, the letters brought a few thoughts to mind.

Foremost, how refreshing—and encouraging—it is to see folks take the time to sit and write a letter to a local newspaper to express their thoughts about a local matter. It takes me back to the good ol’ pre-Internet days of mostly pen and paper, when people had to actually take the time to think and compose a missive, rather than just sit at a keyboard or grab their phone and dash whatever stream of consciousness rant they wanted to say to the world off into cyberspace with the click of “Send”. The world-wide web has made it far too easy for opinions to be expressed without the “speaker” having to either defend their position or, in many cases, even assign their actual name to it. And anonymity breeds chaos. Don’t think so? Just look around.

But open and honest dialogue? Well, that’s how you get somewhere, that’s the path to progress. Common sense and a common goal mixed with communication is a recipe for absolute success. Just as narrow-mindedness and being mule-headed is a guaranteed recipe for failure.

As for the issue at hand, namely “Random,” the Confederate soldier statue that was placed on the Square in 1907 to honor the 333 sons of Marlboro who did not return from battle in the War Between the States, I certainly have memories and, of course, an opinion. But my thoughts are in my heart and mind; my beliefs are not tied to anything physical, be it flag or statue, and nothing physical will alter them. 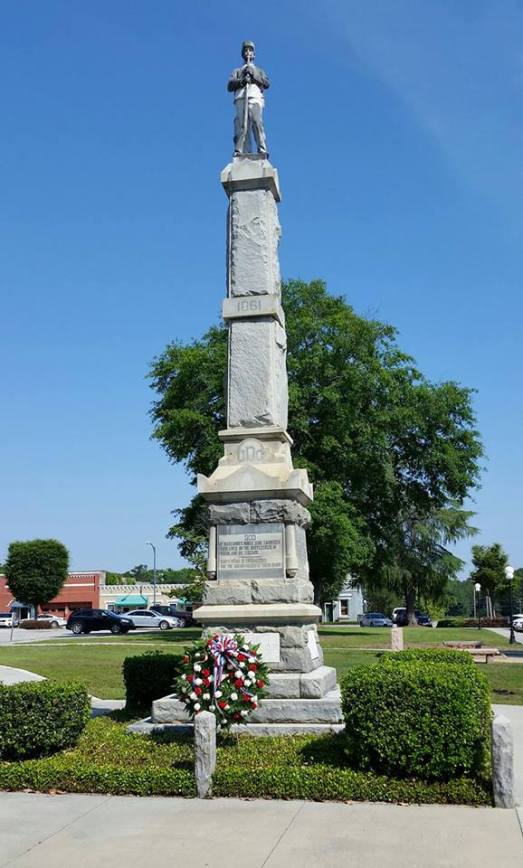 You see, I’m a realist these days. I don’t sugarcoat much in my life any more; medical realities made sure of that. For me, facts are facts; parts are parts; motor oil’s, motor oil. It is what it is. Good or bad.

And I recall as a young grade-school student walking from the Murchison School up Marlboro Street to the Courthouse Square on Confederate Memorial Day, as a class, and placing flowers at the base of the statue. Am I proud of that? Yes…and no. Yes, because I’m proud to honor the best of my Southern heritage, but no because I’m ashamed of some of the historical truths that also lie in the shadows of that heritage, and the absolute facts about how my fellow southerners of color were mistreated.

I enjoy studying Civil War history and the truth is that Confederate General Nathan Bedford Forrest was probably as racist a man who ever walked the Earth. That’s the cold hard fact. But, on the other hand, no ten men together today could match the moral fiber of Robert E. Lee. That’s the reality.

But that was then; this is now. And now Lee and his brethren, one and all, it seems, are persona non grata, devils incarnate, in stone. And the local NAACP chapter has decided that “Random” is also, and, after more than a century in place, should be removed.

Before I go any further, first, a disclaimer, of sorts: I am almost beyond words, nearly astounded, in fact, that, with all of the real problems we have in the world, and especially locally, that we are even talking about a statue that has stood silently for 110 years. 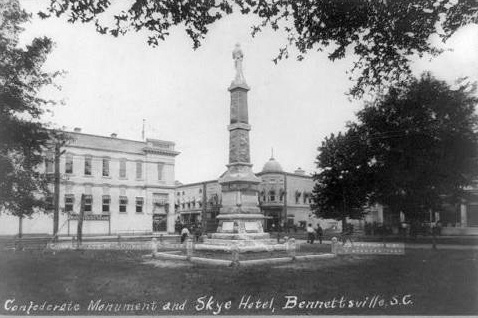 Shouldn’t demanding measurable improvements in our failing schools be more important than some motionless, silent, ancient statue? Wouldn’t you think that crime, particularly the prevalence of black-on-black crimes involving youth and guns, would be a more important priority to everyone, including that important group, one charged with such an important task? How about working harder on avoiding teen pregnancies, where we perennially rank near the top in SC? Where is the outrage about that? Seems that should be more important. Likewise with efforts to help in making gains on the many other socioeconomic factors, affecting all races, in which Marlboro has consistently been among SC’s worst performing counties. And any assistance we could get in recruiting jobs would be helpful, too.

The bottom line is you don’t build a community up by tearing something down, especially when you know that it will cause turmoil within the citizenry. You don’t heal a sore by picking at it until it bleeds. Healing requires time, patience, and TLC—and, more than anything, a true desire for the healing to take place.

But if you really want some notoriety about a statue, how about let’s make it of the positive type. Do you truly want to bring attention to Marlboro County, really want to show the rest of the nation a community that cares and is ready to come together, tackle its problems as one and move forward, the ugly past growing dimmer in our rear-view mirror day by day?

Good…then here ya go; here’s an idea for something constructive, not destructive, disruptive; and divisive: You wanna get active, let’s don’t tear down, let’s build. Get some of these folks that seem so eager to be involved—maybe call Edelman, call McColl, call Ansari, even call me – I’ll give you the first $20—and let’s become the first community to BUILD a statue dedicated to ALL the service members of color to fight under our flag, to defend America’s freedoms, in all conflicts or wars. As best I can determine, there is only one such memorial, located in Chicago. Let’s build the second one here, right on the Courthouse Square. We even have a spot for it where the big oak was felled by Hurricane Matthew. Let’s US be the community that starts the NEW Freedom Bell ringing.

But above all else, let us let cool heads and honest, open dialogue determine our future, not the divisive words and contentious actions of those who would use factious issues in concrete forms to lead us into conflict with our neighbors in an effort to rewrite, revise, or otherwise forget the very history from which we are supposed to learn. 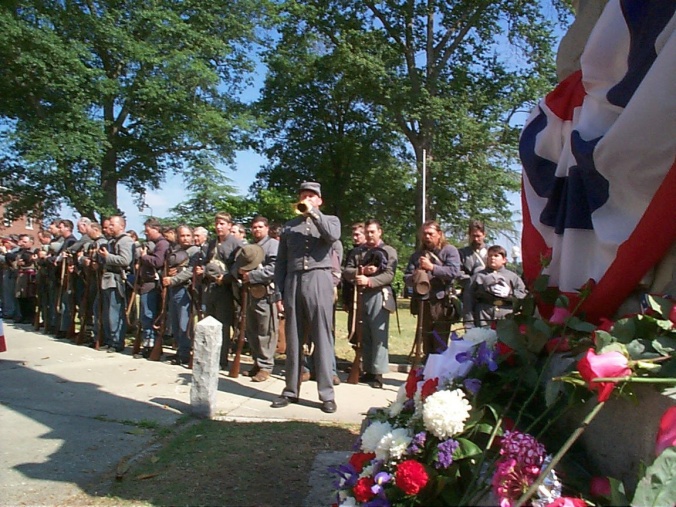 SPECIAL NOTE: May the Blessings of Thanksgiving be with each of you as you celebrate with your families, and may Christ’s Love be with those unable to be with the ones they love.