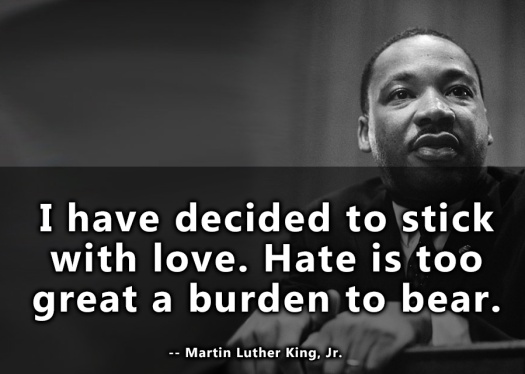 “Let us trust God, and our better judgment to set us right hereafter. United we stand, divided we fall. Let us not split into factions which destroy that union upon which our existence hangs.”

My heart breaks and my eyes moisten at the mere thought of how viciously and violently Americans are treating each other. I can barely stand even a few minutes of TV coverage before I find myself on the front edge of a virtual tsunami of depression coming on.

It matters not from what perspective you view the recent events in Charlottesville. My purpose is not to address the core principles, values – or even inflammatory comments tossed about in the wake of this troubling event; there’s enough talking heads just dying to tell you all about it. And if you don’t like what this guy says, well just try another, odds are you’ll find one ready and waiting to fill in the blanks in the paint-by-color, self-determined, self-sensed imposition or perceived transgression against you.

No, this isn’t about a single or even series of events; this is about a much bigger picture, a much more important issue. This is about how we have failed in what should be our ONLY true focus: helping our brother today, and preparing our children to enjoy a brighter day tomorrow. This is about people’s hearts, people. And that makes it even worse.

It seems everyone is walking around just looking to be offended these days. This flag, that statue, his turban, her sari…they all seem to be being put forth as something to fear, something that poses a threat to our long-established interpretation of how things should be.

Wait, no, that’s not quite correct, it’s actually much more the case that it affects how YOU think everyone else’s lives should be conducted.

And I have to apologize,“sad” is not nearly a strong enough word for what I see ramping up almost daily now. Because what we are witnessing is the complete and total breakdown of society’s long-standing, I-thought-even-battle-tested, Depression-proven moral standard. Sad is what you feel when your team loses. This is an America tragedy.

And, I fear, perhaps even more. The stage is certainly being set for civil unrest such as we haven’t seen since the 60’s – and maybe even longer.

Just be sure to take good notes, because your kids are going to want to know why we let such petty matters completely overwhelm the moralistic high ground our forefathers clearly staked-out, how we failed to maintain even a reasonable semblance of personal responsibility, what we thought in attempting to re-write history, who we thought we were in being revisionist.

Worse yet, rather than seek the common ground that truly righteous, yet reasonable, people can ALWAYS find, on ANY matter, our so-called “leaders” instead seek to inflame the populace agreeable to “their” side of any issue, usually at the expense and denigration of “them,” those who might dare to disagree even the slightest or somehow question their motives, means, or measures.

And even worse is the fact that those elected to make a difference instead seem more concerned with advancing their own agenda, concerned with themselves far more than the public good. They should all be discredited and humiliated. This not an “us” versus “them” nation. We are Americans. I’m personally more collectively offended by Washington, DC than any particular group.

I was born in the 50’s, 1959 to be specific, right here in rural South Carolina. I may not have known about segregation then, but now, in hindsight, I easily can recall instances of it that existed simply out of tradition. And I can’t even imagine what some of that was like for my friends of color. That’s neither a defense nor an indictment of back then; it’s simply the way things were.

I was also around when things changed, when school integration had to be forced and enforced in some southern areas. And with time most people accepted the new reality and moved along with the flow, just as good Americans should, and did, back then. But also because we are basically a good and caring people. The evil-doers and obstructionists among us are the minuscule few.

But we were especially blessed here that we had people in place who recognized the realities of the situation and took the steps necessary to calmly, with respect to all, implement changes in a way that could be more easily accepted. I can’t imagine how integration could have gone in Marlboro County without Floyd Blanton “Fess” Walker and his wife Thomasena Thelma Cupple Walker, and others with virtuous and understanding natures who helped guide our county thru those early tension-filled times They not only dedicated their lives to helping Marlboro’s children get educated, but to helping us all learn to get along. 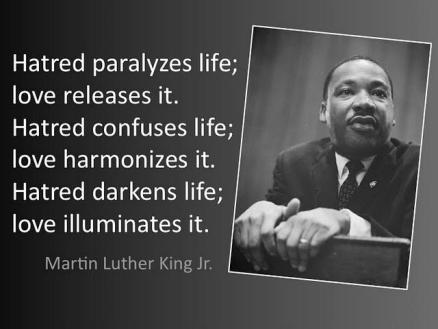 And in planning for a reunion of the 1970’s Green Gremlin classes, I’ve been struck – and terribly saddened – to see, repeatedly, that, racially speaking, we got along as a society better 40 years ago than we do today.

I’m truly lost here. Has no one got the combination of moral fiber and fortitude to stand up for what is right anymore, as opposed to what is sought? Have our national principles been diluted or eroded to the point of total insignificance? Is this the beginning of the end?

Being a revisionist is not necessarily a bad thing; over time, improvements are often necessary, to almost everything – except history. History is what it is, and historic eras and actions can only be judged in their proper historical context, and the only fair judgment of something — be it a man, an issue, or a cause – is an assessment that takes into account the conditions under which it took place. Those who would seek to do otherwise reveal much more about themselves and their inability to understand circumstance or character — or their fellow man — than those who are being reassessed and found guilty of malfeasance to the point of needing to be removed from sight and airbrushed out of the pages of history.

Wise men know that you can’t and shouldn’t try to change our history, only earnestly learn from it. And it appears we haven’t done very much studying.

Dr. Martin Luther King must be spinning in his grave, while tears may well be in R.E. Lee’s eyes. I only desire they were here today to, together, illustrate to us how true statesmen approached an issue that divided those they loved and cared for. Be it in war or peace or protest, these men set the standard for, above all else, considering your fellow man, even your enemy, to be your brother, your equal, and deserving of compassion and consideration. 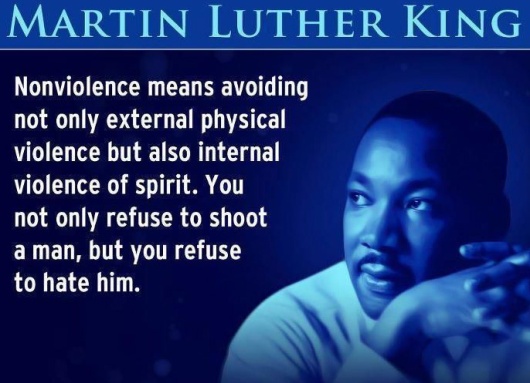 Today, the honor, hard-learned lessons, and heart-felt ideals of these great men are under attack, one by having his principles of justice, fairness, and non-violence ignored and undermined, while the virtue and integrity of the other is being completely neglected as he is recast as an offensive villain and any visage of him, or his ilk, is apparently targeted for removal from public sight.

I wish we could go back in time and learn from those like Dr. King and “Fess” Walker, and even Robert E. Lee, who knew that in right, lies might – and that “right” is the product of honest consideration of the impact of an action on all, and what best serves those that matter most. The only “me” they were concerned with was qualifying to deserve the one at the end of “statesmen.”

Folks, I fear this social upheaval is just gaining steam. Confrontation – and, I fear, tragedy, lie dead ahead, on a bigger and more dangerous scale that we could have ever imagined forty years ago. And I fear it is our own fault. I pray I am wrong.

At the end of the day, you can blame this latest national crisis on Trump or Obama, Republican or Democrat, statues, flags, or Dylan Roof, Muslims, whites or the Russians, even that demented little munchkin who is apparently running North Korea these days. But the truth is as simple as patriots such as Patrick Henry and  Abraham Lincoln reminded: “United we stand, or divided we fall.”

The real problem in your world might just be in the heart of the person who looks back at you from the mirror every morning.

Make peace with them, and the rest takes care of itself.

5 thoughts on “We All Should Be Ashamed”