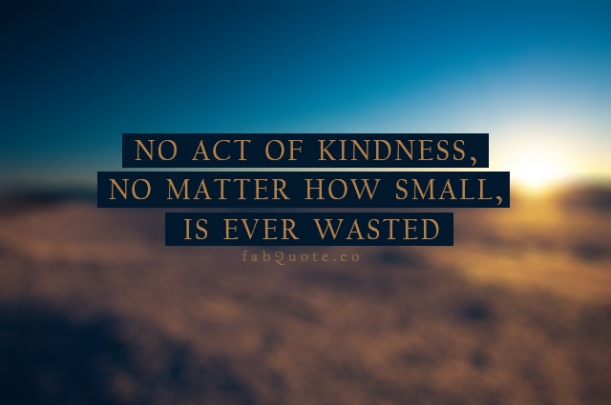 Seems the whole world has gone mad for power. From school boards to the Oval Office, from the Wolves of Wall Street to the Hollywood Hills, it appears everyone is crazed with a desire for power.

Blinded by an almost insane craving for power and the seductive companions that accompany it, money and status, and all its attendant perks, things like big fancy houses, shiny new cars, extravagant vacations, and ritzy dining, people have displayed a willingness to say and/or do almost anything, to almost anybody, at almost anytime – true or not, fair or not, hurtful or not – that borders on the obscene.

Folks don’t seem to understand two simple things. First, that the seeking of power is both the greatest danger to and the worst corrupter of mankind, and secondly – and much more noteworthy – that you can’t take anything with you when you go. It’s all temporary, people. I’m yet to see a single armored car in a funeral procession. And Heaven don’t take checks. I’m also pretty sure that St. Peter doesn’t have an “A” guest list. Earthly status doesn’t matter much when you’re standing at the pearly gates.

But integrity, it sadly appears, seems to carry little weight down here these days; having honest concerns about others besides yourself can, at times, make you look like a straight-up sap, and also leave you exposed to being seriously taken advantage of. My goodness, don’t we know that good guys finish last? Haven’t we learned by now that Leo Durocher was right?

At least, not the ones who have always known better. Not the ones who are calm and confident in their chosen faith, not the ones who know that true power lies in the ability to do good things for others – without expectation of anything in return, knowing that those are the simple things that can change a person’s hour, or day, or week, or life.

Thank goodness for the people who know that random acts of kindness really do matter, the people who haven’t forgotten that kindness is God’s currency. People like that anchor communities like ours and epitomize what small-town living in the South is all about.

A native of Cheraw, Jane Anne, a single-mom raising three sons, moved to Bennettsville in the 1970’s. Soon after she relocated here, Jane Anne and her family moved directly across the street from my folk’s house, and she and my Mom became good friends, often visiting in the mornings when they would be out front in housecoats getting the newspaper while kids got ready for school, or spending time on the front porch in the evenings, after they got all us kids put to bed, talking and rocking. She was a great neighbor, always in good spirits.

Jane Anne worked first for the Marlboro County, then the City of Bennettsville, recreation departments, a job she was perfectly well-suited for, and that she did – always with grace, patience, and humor – for the next couple decades as she became the point person for anyone seeking to either enroll their child or themselves in a recreation program, or just attempting to gather more information about an upcoming event or activity. Hers was always a warm and welcoming face in person, a cheerful and inviting voice on the phone.

But her kindness and concern for others didn’t cease at quitting time; caring about people isn’t a 9:00 – 5:00 thing for Jane Anne, but is instead an around-the-clock-matter, an attitude that became even more evident when, unfortunately, physical ailments began to slow Jane Anne to the point where it was inevitable that she retire and seek disability.

But, rather than being disappointed or discouraged about not being able to get out and see as many people as she was accustomed to seeing, Jane Anne simply ramped up her card-sending operation, sending notes to any of her friends having birthdays, anniversaries, or just suffering hard times or illness. She sends out so many cards I wouldn’t be surprised to learn that the U.S. Postal Service sends her a Christmas card.

I’ve personally gotten more than one card from her saying “hang in there”, when I know that her week has most likely been worse – and probably much worse – than mine. That’s a special kind of person, with a special kind of heart.

The kind of person who looks thru newspapers for good news, then clips out articles when someone does something really noteworthy and sends the clipping and a note to that person telling them “Way to go!”.

The kind of person who spends years doing volunteer work with her church’s youth, then operates her own Card Ministry from home when she can no longer attend, asking that they forward a copy of each week’s list of visitors so that she might send them a card with a personal note thanking them for visiting and inviting them back any time.

The kind of person who will diligently and reverently pray for those most in need of prayer, by name, and use a napkin or scrap of paper – anything available – to ensure that she does not overlook or otherwise miss praying for someone special when she bows her head that night.

The kind of person who raises three fine young men that any mother would be proud of so well that she is recognized as Woman of the Year by the Junior Charity League in 2001, and multiple times as Administrative Assistant of the Year.

The kind of person who gets recognized for her extensive and caring volunteer work with victims of domestic abuse and by the local Rotary chapter for exemplifying the standards put forth by Rotary’s Four-Way Test.

However, over the past couple years, Jane Anne’s health has worsened to the point where it simply became best that she relocate to an assisted-living community, in her case in Conway, where her needs will be better met by their services and she will be better situated to have easier access to more amenities.

But while she may be out of our town, she’s not out of our lives or our heart by any stretch as we will be able to stop in and visit on the way to and from the coast, and her family members on the Grand Strand will also be closer.

I’m sure that despite the unknowns of moving into a new residence with new neighbors and all that doing so entails, Jane Anne is as upbeat and optimistic and looking forward to making new friends and establishing new routines, setting down new – even if probably shallow – roots in her new home as she possibly can be, missing the past, of course, but hoping for the best.

And as always, for every plus there is a minus, and our loss is someone else’s gain. And while Jane Anne’s new neighbors have not yet had the time necessary to truly realize what a blessing they’ve been granted, I know that we came out on the short end on this deal, and what we’ve lost left a big hole in a lot of lives. And is irreplaceable.

We can fill Jane Anne’s shoes…it’s her heart that we can’t match.

Thank you, Jane Anne, for being a dear and caring friend to me, to this town, and to this community, and all those who have had the good fortune to cross your path, for reminding us always, that in a world where we can truly be anything, our first choice should always be to be kind.

We’ll try to remember, when in doubt, WWJAD: What Would Jane Anne Do?