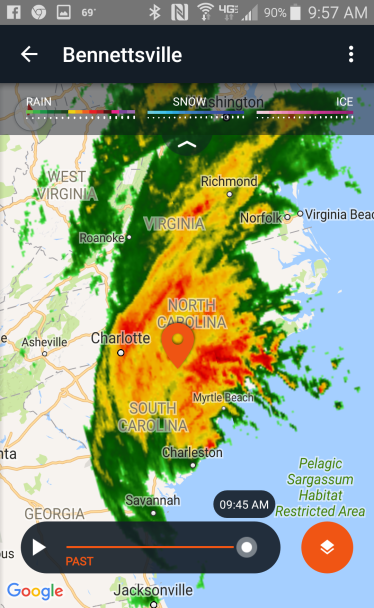 Just look around. Day after day after day we’re flooded with depressing and discouraging news. From radio to TV to Internet it seems the flow of negativity has no end, in scope, status, or scale.

From the rarefied heights of the chase for the White House, which seems to grow uglier and more contentious with every passing day, to the streets of our nation where extreme violence and once-unheard-of social indignities are no longer considered the exception but, instead, almost the norm. Par for the course in today’s world.

Thanks in large part to the divisive nature of the 2016 election process, social media has become a cyber-minefield where one poorly-thought-thru remark, maybe a harsh phrase, or possibly just a “Like” of someone else’s comment is subject to getting you blown up and cursed out, perhaps quite graphically, by someone you’ve never met. Or worse yet, by someone you’ve known most of your life.

Seems we’re all walking around with a chip on our shoulder these days.

Even the world of sports has become politicized and is no longer simply the stage for competition, displays of athletic prowess and team unity, but, rather, a platform for the demonstration of one’s personal beliefs.

“Where have you gone, Joe DiMaggio? A nation turns it’s lonely eyes to you.”

Then along comes Hurricane Matthew.

I had a bad feeling about this storm for most of last week; just something in the pit of my stomach that didn’t feel right. But I kept telling myself, and others, “Naw…it’ll turn and go out to sea. Too late in the year to hit us.” But I just had a weird sense that it bore watching. Hugo taught me that. Hugo taught us all a lesson.

Anyway, monitor it I did, first on TV and thru webcasts as it hit Haiti and cleared the Bahamas, then, as it approached the US mainland, thru Facebook friends like Bennettsville’s Jon Anderson, who lives near Orlando, as well as other acquaintances in Daytona and Jacksonville as Matthew slowly wind-whipped Florida and wobbled his way northward.

By the time he was on our doorstep, I just knew that our goose in South Carolina was cooked, I just knew in my heart that somewhere along the SC coast, some unlucky city, town or community was going to take a direct hit. It broke my heart. And it scared me.

So, like so many others, all preparations complete, I hunkered down at home and set about checking in with friends, folks, and family – both inland and along the coast – by phone, email, text, and social websites to establish what their plans were, just so I’d know, and to wish them the best. And to let them know I loved them. Hope for the best, you know, but plan for the worst. Always.

But in hindsight, it seems my concerns about those along the coast may have been misdirected. I should have been focused a little closer to home as the Pee Dee took a major lick from ol’ Matt.

I never envisioned what I was going to find when Matthew was finished with us and crept on northward. Even before the winds had completely diminished, a neighbor alerted my dad that a large pecan tree was down behind my house and we walked out to find it had fallen onto the rear of his shop/office/ man cave/boat shed, and discovered another was showing signs of possibly soon being felled. It was a sickening feeling.

But after I was able to get out and see other areas, I was, to be quite frank, ashamed. Compared to the damage and loss incurred by others, we were extremely fortunate. Parts of Bennettsville looked as though it had been bombed. Huge oak trees were down everywhere I looked, many damaging homes or other structures, in addition to roofs that had been torn away and large sections of shingles that were blown off.

Then the reality of the scope of the damage – and particularly the scale of the damage done to the power grid, in addition to the flooding — became more evident and it was staggering, mind blowing.

But when compared to places like Dillon and Nichols and Fayetteville and Fair Bluff, we were spared. We in Marlboro County were blessed to have not suffered the loss of human life and, while many endured – and continue to tolerate — hardships, when the degree of damage is considered, it is remarkable that electrical service was restored and roadways were reopened as soon as they were. Many other areas will not even see flooding max out until the end of this week.

There but by the Grace of God go us.

The sad reality, however, is that the landscape of Marlboro County has been forever changed, at least for the balance of my lifetime, thanks to Matthew’s fury. Sunshine is now hitting the ground where those massive oaks, such as the one on the Courthouse Square that was felled, once proudly stood providing shade, some for well over a century, and those large pecan trees, some that I played around as a kid, and sometimes put a few coins in my pocket from their nuts, are now just big holes in the earth.

But in our loss, we’ve gained.

For while there were a few cases of some bad apples making ugly comments about what they felt was unnecessary delay in getting electrical service reestablished or roads or schools reopened, the truth is they don’t know what they are talking about. The personnel out there trying to accomplish those tasks are some of the most selfless and dedicated people you’ll ever meet. And from having worked around them I can tell you without a doubt that electrical linemen are some of the bravest and most tireless people you’ll ever walk among. They are a rare breed, indeed. But even they have to eat and sleep sometime…even if you have to MAKE them do it. And don’t forget, these folks had their own families to worry about, their own personal concerns. But they were just as concerned about me and you.

But it goes far beyond those whose job it was to step up and try to get things patched back together. No, we had regular folks who took the opportunity of this hardship to show what it is to be human, to prove what it is to care for their fellow man. To use the struggles and strife as an opportunity to be the Good Samaritans that we are supposed to be. To turn troubles and trials and tribulations around and be our Brother’s Keeper.

I’ve heard remarkable tales. Of businesses without power deciding to cook their food and give it away free of charge rather than have it spoil, or taking up collections and buying supplies to donate to the needy, of churches preparing meals for folks without power and the means to prepare a dinner, and of friends inviting friends over to share meals at their table, some even by romantic candlelight, by choice. Of containers of gas being delivered to shut-ins or individuals without transportation, or generators loaned out to those without power. Of equipment and manpower being offered to assist in debris clean up or road clearing. Of medicines being delivered to the sick and the elderly being kept check on, and entire families taken in until flood waters have receded.

Black, white, yellow, or brown, if you needed something, somebody would help you get it. And if you happened to be green, well somebody would have gotten you to a doctor or a hospital.

With all of the loss and sadness, I find myself feeling optimistic. I’m not her biggest fan, but Governor Nikki Haley and her team did a masterful job, as did our local Emergency Management crew, in staying ahead of the curve and on top of this storm as it played out. And our local elected officials also proved their mettle by being right there, boots on the ground, front and center, assisting in every way they could. I was beginning to think Rep. Pat Henegan had been cloned; she was everywhere.

I’m proud of my state, my county, and my community. But mostly I’m proud of us. Our people. We may not have as much as a lot of other places with their fancy parks and ball fields and such, but we’ve got each other. And when the chips are down, that’s when we’re at our best. 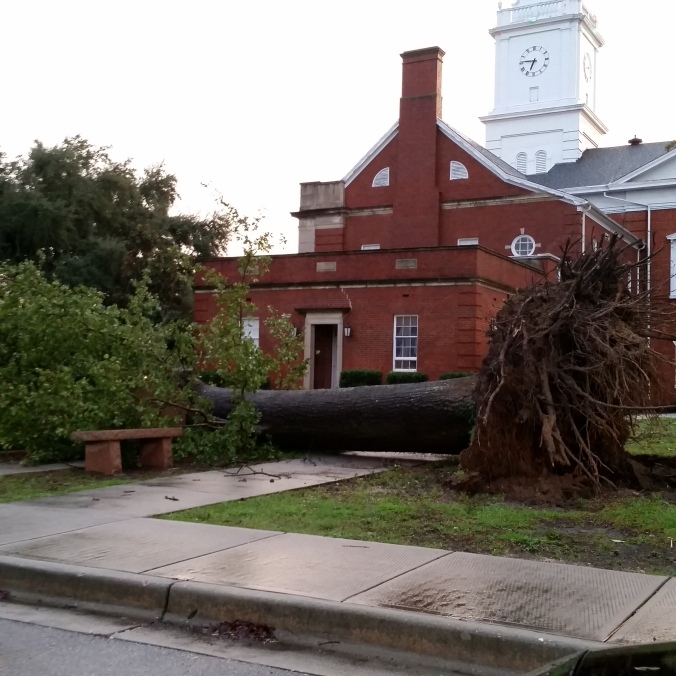