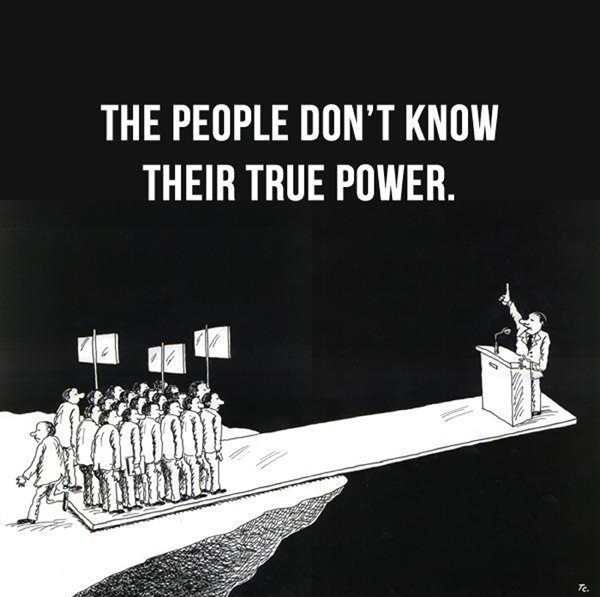 The clock continues to click and the days count down and November 8, Election Day, will be here before you know it. Yep, a mere 32 more days and America will wake up, go to the polls, and, before dawn, elect ourselves a new president.

And with all the attention generated by the tickets put forth by the two primary political parties, Hillary Clinton and Tim Kaine for the Democrats and Donald Trump and Mike Pence of the Republican Party, primarily thanks to the vast differences in their platforms and the general contentiousness of their campaigns, this has turned out to be one of the most hotly contested and, sadly, perhaps most divisive, national contests in recent history.

Given that these two presidential candidates have registered record levels of disenchantment and unpopularity with the populace – and deservingly so, I might add, the aftermath of this election may prove just as interesting, and I fear factious, as the election itself.

Let’s hope we survive both.

But the first key step is making certain that YOU are a part of it all, that you actually participate in this pivotal election at this critical time in our country’s history, that you get to exercise your constitutional right to cast a vote on behalf of the nominee of your choice in this and other contests on the ballot. And that requires being sure that you are registered, and maybe even making a phone call or visit to the Elections Office to ensure that you are correctly registered, to vote in the upcoming general election. Mistakes do happen; I’ve personally had circumstances where, on separate occasions, both my last and first names have been misspelled and, due to my having moved a couple dozen times, home addresses have been incorrectly recorded or not updated, leading to confusion at the polls on election day and a delay in my being able to cast a ballot.

And, trust me, I vote. I like to vote. I don’t ever miss a chance to cast me a ballot. I fell in love with politics watching and reading about Nixon and Humphrey and McGovern and that whole old school bunch, and then the Watergate hearings, as a young lad. Then got even deeper into it during high school as I watched fascinated as a peanut farmer from Georgia, Jimmy Carter, came from seemingly out of nowhere to claim the Oval Office in 1976…bringing along brother Billy, and his own “Billy Beer”. Oh, what a time to come of age.

Then it got even better for a young political fan as, in 1980, I got a double header dose of fun with the election of Republican Ronald Reagan as president, coupled with the defeat of South Carolina US House 6th District Congressman John Jenrette our very own native son, John Napier, after Jenrette was caught accepting a $50,000 bribe in the FBI’s ABSCAM sting operation.

Then I started to get a little older and a little more jaded and the fun of politics wore off as I realized just how sleazy some of those rascals could really be, got a little better understanding of exactly how the game of politics was played, and my idealistic illusions went out the window.

But you don’t throw the baby out with the bathwater. You hold your nose and keep on washing.

We may have our problems, but we are still the greatest country on the planet, with one of if not the best systems of government going and rights that are the envy of most of the rest of the world. There’s a reason that so many people have a singular goal in life, that being get to America.

But you have to be registered in order to be able to vote. And when compared to other nations, America’s track record in the measure is dismal to say the least.

In the US registering to vote is mainly an individual responsibility, and registered voters represent a much smaller share of potential voters than in many other democratic countries. According to the Census Bureau, only about 65% of the US voting-age population (and 71% of the voting-age citizenry) was registered in 2012, compared with 91% in Canada and the UK, 96% in Sweden and nearly 99% in Japan.

And it is even worse when it comes to actually going to the polls.

Political scientists typically measure voter turnout by looking at votes cast as a percentage of eligible voters. Since many hard-to-measure factors such as citizenship requirements, imprisonment, residency rules and other legal barriers can affect eligibility, in practice, turnout calculations usually are based on the estimated voting-age population. By that measure, the United States lags far behind most of its peers, landing 31st among the 35 countries in the Organization for Economic Cooperation and Development (OECD), most of whose members are highly developed, democratic states.

US voter turnout in the 2012 presidential election, for example, was approximately 53.6%, based on 129.1 million votes cast out of an estimated voting-age population of just under 241 million people. Looking at the most recent national elections in OECD countries, the highest turnout rates were in Belgium (87.2%), Turkey (84.3%) and Sweden (82.6%). Switzerland consistently has the lowest turnout in the OECD, with less than 39% of the voting-age population casting ballots in the 2015 federal legislative election.

Bottom line: We’re slacking off. And looking bad to the rest of the world for it. And you have to wonder why?

The most common reason people say they do not vote is that they feel that one vote does not count, but it does indeed count, and in so many ways. On the national level, your choice to vote or not can have far reaching consequences on people, not just in America, but possibly all over the world, many of whom do not have the right to vote themselves, as lawmakers are elected who make laws, policies, and appointments that will have effects for many years to come.

And on the local level, voting is even more critical to an individual’s well being and quality of life, and individual votes are even more important. I know that on a personal level. You don’t think one vote counts? Quick story: My mother served several terms on Bennettsville City Council, and a couple terms as mayor, and there were days when City of Bennettsville business was perhaps more important to her than what was going on in her home. In short, it mattered to her. A lot. And she once lost a re-election bid by two votes. TWO votes. Two people didn’t vote for her, and she lost. And when she sought to reclaim her seat when it was up again, she won it back by, I think, less than five votes.

So, don’t try to tell me your vote doesn’t count, because it does. They ALL do, so find a better excuse than that. And if everyone used an excuse and did not vote, what kind of government would we have?

Voting is the essence of a democracy, folks. It’s at the very core. I don’t care who you vote for, just, please, just vote. Don’t waste this sacred right.