It’s one of those haunting moments in time, burned into our memory forever, like the explosion of the space shuttle Challenger, a moment when everyone recalls exactly where they were and what they were doing when they first heard the news, in this case that the Twin Towers of the World Trade Center had been attacked. And the world stopped as time stood still.

The world was going to have to learn a lesson: Sucker punch the USA if you want to, but be sure to get in a good, solid lick, and be ready for the pay-back because we will be delivering some, in aces. As President George W. Bush pretty well indicated to the world at the time, you’re either with us, or against us. One list or the other. “Whether we bring our enemies to justice, or bring justice to our enemies, justice will be done,” he said soon afterward, being sure to include those who would chose to provide harbor for those we sought.

So we set about seeking out those who might be responsible and, using evidence gathered and leads developed in the first Trade Center bombing in 1993, in which a truck bomb was used to try to topple one tower into the other, thereby collapsing both and killing tens of thousands, it was soon discovered that the majority of the hijackers were affiliated with the terror organization Al Queda, led by Saudi nationalist Osama Bin Laden, operating primarily out of Afghanistan.

It was later discovered that 15 of the 19 hijackers aboard the planes were also Saudi nationals, many of whom had been in the country for more than a year, despite being on various national security “watch lists,” and that some had even been taking flying lessons. It was never determined, or at least has never been revealed, exactly how these men had been able to support themselves or manage to pay rent and other living expenses when they had no jobs and most could speak very little English. This also makes the fact that one of the few flights approved to fly following the attacks on the morning of 9/11, when ALL aircraft were grounded IMMEDIATELY, was a fully loaded flight from the US to Saudi Arabia, truly curious indeed.

Regardless, with Al Queda identified as our primary target, and Bin Laden as the Top Dog in the mongrel pack, Bush delivered an ultimatum to the ruling Taliban in Afghanistan that they either turn Osama over to the US or face imminent attack, a threat they apparently took too lightly and, on October 7 of 2001, British and US forces began an intense air attack on Taliban and Al Queda forces in the city of Kandahar. That military pounding from ground and air forces continued unabated until Washington felt that the Taliban had been sufficiently weakened and, despite being unable to locate Bin Laden, turned their attention to an old foe, Saddam Hussein who had reestablished his totalitarianism in Iraq following the conclusion of Desert Storm in 1991.

Asserting with absolute certainty that Saddam was stockpiling weapons of mass destruction (WMD), and therefore a threat to the stability of the region, Operation Iraqi Freedom was launched in March of 2003 with the goal of toppling Hussein’s regime. While he was able to play a pretty good mouse for a while, the US cat finally caught up with Saddam in December of that same year, and he was held for crimes against humanity. Tried in an Iraqi court, Hussein was found guilty of all charges on November 5, 2006 and executed by hanging on December 30. Ironically, no evidence of the much ballyhooed WMD has ever been discovered.

And while it seemed like a hollow victory when no WMD showed up for us to point at, we still felt like we’d done the world a favor by ridding it of a tyrant. But our troops were still on the ground as lawlessness reigned in Iraq, and unrest ruled Afghanistan.

American soldiers were still dying. And it didn’t go unnoticed.

Meanwhile, on the home-front, left somewhat unattended and perhaps neglected, things had taken a slide downward and, before you knew it, George W, after the up-swell of support following 9/11, was swamped with problem after problem and eventually faced leaving office with one of the lowest approval ratings of any outgoing president in history, barely topping the 20% mark.

Apparently disenchanted with the Republican approach to governing, the country joined together and elected our first black president, Barack Obama, in 2008, and looked optimistically toward a new dawn in America. And after Osama Bin Laden was killed in Operation Neptune Spear in May of 2011—ironically, basically right down the street from the Pakistani version of West Point, a supposed ally in our search for him—we doubled down with Obam re-electing him to the White House in 2012. And his heart was in the right place; he’s a good man and he has tried. He got a healthcare package passed and got some other things done. Given the crowd he has to work with, that is admirable. But somewhere, somehow, something has gone wrong. Terribly wrong.

What the world has happened to us? And it is us; we’re all a little to blame.

Fifteen years ago we were united as one…race, creed, ethnic background, whatever differences we had were irrelevant. It didn’t matter. We were Americans. Fifteen years later we seem to be walking around looking for reasons to disagree with one another or be offended.

Our law enforcement officers are being targeted—no, make that murdered—as though they are worth points in some sick video game.

Citizens are verbally insulted, sometimes spat upon, and, at times, even physically assaulted simply because of their expression of that most basic of American freedoms, political choice.

Race relations are as bad in some areas of the nation as they have been in decades, having deteriorated to the point, in fact, that I fear it just a matter of time before something truly dreadful happens. The fuel is spilt; all it awaits is the spark.

And worse of all, our veterans, the very men and women we sent over to fight on our behalf, in the prime of their lives, are coming back in flag-draped caskets, or returning to live with post traumatic stress disorder or brain damage from IED explosions, or missing body parts, yet unable to get in to receive the proper care at Veteran’s Administration hospitals. Their circumstances are so dire that some reports indicate that some 20 a day, on average, commit suicide, while many more are homeless and live from day to day as best they can.

We can do better, folks. In fact, we must. We have to look out for one another for the world will only get meaner. It shouldn’t take a disaster like Louisiana just had to deal with to make us understand that we NEED each other, black, white, yellow, brown, all of us. ISIS has sworn to attack us anywhere in anyway in any manner and to not stop until we are beaten. We all have crosshairs on our back; we’re all someone’s target. Have no doubt that there will be another attack on American soil, another “9/11,” only this time probably worse. A radioactive “dirty” bomb? A crippling cyber-terrorism attack on our power grid, or financial markets or military that makes hacking emails look like child’s play? It’s just a matter of time, folks. I know I sure don’t feel as safe as I used to.

But I do have an ace in the hole to help me. A couple months ago, out of the blue, I received a card from a retiring Bennettsville Primary School teacher who sent me a nice, long letter thanking me for coming out a week or so after 9/11 and doing a story for the newspaper about letters of support her class had sent to President Bush. She also enclosed a photo of me standing there with her class, and thanking me for also coming back a few times just to check on her pupils, The truth is, I kept going back because I needed to revisit the innocence that those kids proved to me was still alive. Now I see that photo on my fridge and I know that we still have a chance. And hope. And as long as we have faith, there is hope.

“And now these three remain: Faith, Hope, and Love. But the greatest of these is Love.”

All we need is Love, folks. Love is all we need. 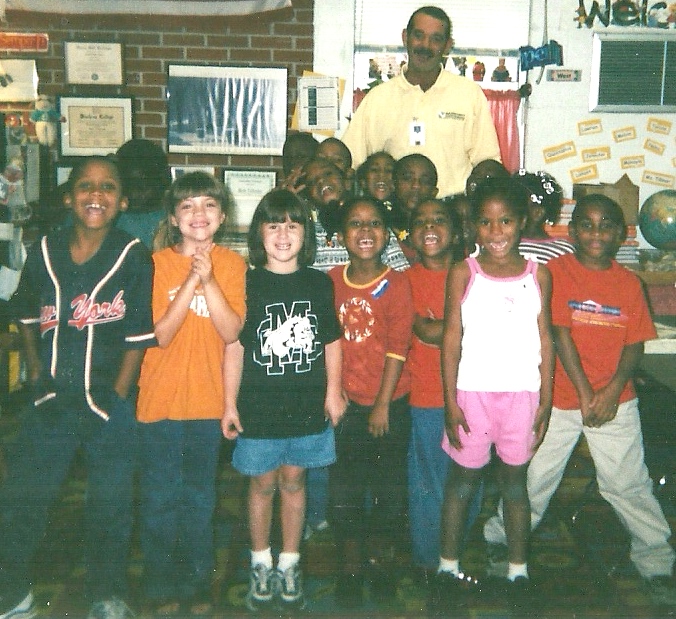